Raelynn has been having a runny nose and slight cough since Monday. Last night the poor gal woke up to cry cos her nose was blocked despite us giving fedac. So in the end, we brought her to see the doctor in the morning so that she can get better since we don't want to cancel the school party.

Luckily the meds and the nap after helped her so after she woke up, we rushed to get the cake from Bengawan Solo, get the candles and inflate the helium balloons. I bought the helium balloons and goodie bags cheap from taobao. But never expect the helium air per balloon to cost as much as $9 each. But we were rushing to the cc, no time to shop and compare. So lesson learnt. :P

What is the theme for the party this year? What else can it be? Frozen of course. I think the gals probably ate more than 5 frozen cakes from their friends' parties this year already, Lol.
But luckily their classmates didn't mind. The cake was 3kg but the kids nearly finished it. Maybe because it was chocolate cake or maybe because it was tea break time. Anyway, I am glad we don't need to lug the cake back. Just a small portion for Ils to try. :) 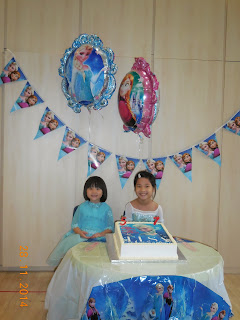 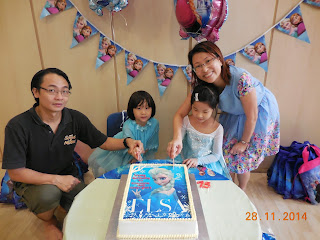 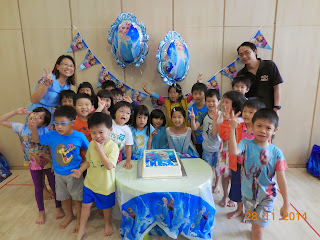 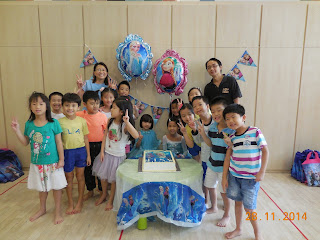