Our second hand Honda Fit is now 8.5 years old. Currently, the powered side mirrors, air con and back fender are already faulty. But no point repairing since it is already so old. COE has dropped recently so we decided to bring the gals along to Honda for car shopping yesterday. It is the first time they got to accompany us to a car showroom. We had never involved them in any of our car purchases before as they were too young and we were afraid they will get restless.

At Kah Motors, they were fascinated to see so many new cars on display. The first car we saw was the Honda City. I have more or less decided on Honda City as I prefered a car with a boot to store miscellaneous things while hubby wanted the cheapest Japanese car with good fuel economy. Lol.

Luckily the girls fell in love with the Honda City on first sight. They had lots of fun climbing from the boot to the knock down back passenger seats and back again. It was like their secret passageway. They were also very happy to see the rear air con ducts at the back of the car. A little luxury for them cos none of our earlier budget cars had it. I was impressed by the SV model extra features. First one being the touch screen audio instead of knobs. Secondly because of the rear camera (hubby doesn't need it) but I will if I ever need to drive this car. Thirdly, there are two extra power outlets at the back of the car. Useful when the gals become teenagers and need to charge their handphones? One last thing is twin vanity mirrors in the front. I don't have a mirror for the Honda Fit and I had to tape a small mirror for myself. Lol.

Once we decided to buy the car, the girls were also involved in the choosing of the car colours. Hb stayed out of this as he doesn't care what colour as long as it is not white or black. All the gals wanted a blue car but there were 3 shades of blue. Initially the two gals wanted a bright blue. I thought it was a bit "Ah beng" and wanted to go for a navy blue. But turns out there was a new colour. Nocturne Night Metallic. We went to see the actual car in this colour in the car park. Part of the car was in the sun and the blue paint had tiny sparkles in it, looks like diamond dust. We were sold and all the gals decided on this colour in the end. Haha. 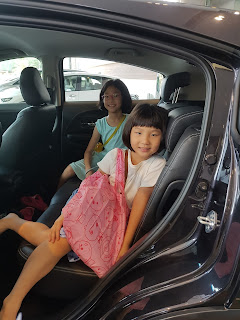 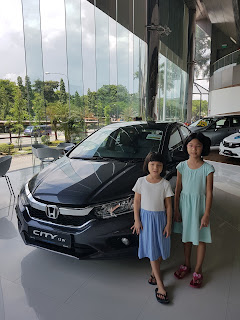 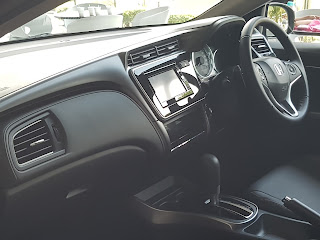 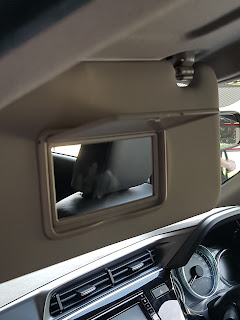 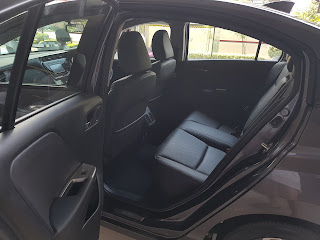 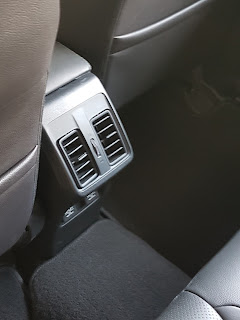 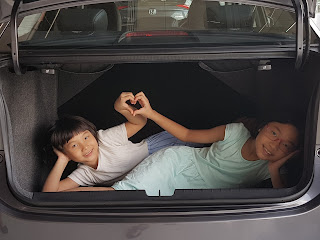 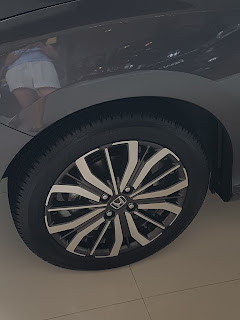 We can only collect the car in November as only white and black colour were available in Oct. But it suits us fine since we have already paid our road tax until Jan 2018. The car's COE will expire in Jan 2019 so our car will be almost 9 years old when we trade in. There are still 4 more months to go but RA has already told her friends and my brother about our new car. It may be just a Honda car but she is already so excited. I read before about an ACS boy whose father drove a Toyota and he asked his father not to drop him at the gate. My gals study at a neighbourhood school so they are not as exposed to the wealthy people of Singapore. She doesn't know much about luxury cars and luckily she is not brand conscious and happy with our 'cheapest' range Honda car. Lol.
Posted by Piggy Family at 11:03 PM No comments: